The general idea is to use a modified presentation projector and reduction optics to transfer an image to the photoresist on a wafer without the use of expensive masks. Below are descriptions of the 4 iterations of my photolithography setups:

The second and third images above are composed of 4 precisely aligned exposures which enables submicron resolution over large areas. This “true” stepper operation uses a closed-loop feedback system and computer visual alignment.

Issues with non-uniform UV intensity across the exposure field were corrected by applying a mask to each projected image, described here. Proper results were achieved through many trials of different parameters:

Manual LCoS submicron stepper with red laser alignment illumination. Given a numerical aperture of 0.98 on the microscope objective and with an exposure wavelength of 365nm the simple calculated resolution is 0.227um however the actual resolution is probably around 0.5um due to diffraction limitations inherent in this projection system. The depth of focus @ NA = 0.98 is calculated to be approximately 1.8um but is likely worse.

Manual DLP projection aligner >10um features. Color wheel is removed because it did not transmit much light below 400nm. Emulation (relaxation oscillator) circuits were made to reproduce the signals that the projector expected from the color wheel back EMF motor drive/sensor and photodiode.

Exposure times calculated by integration of total UV dosage measured at different wavelengths with the radiometer. To calculate exposure time for AZ4210 resist, for example, the datasheet is consulted to see a recommended dose of around 135 mJ/cm^2 for a 3.5um film thickness. If exposed with a 5x objective on my system, the exposure time @ 410nm is (135 mJ/cm^2)/(4.05mW/cm^2) = approx. 33 seconds. This is a bit longer than I would like but given that it is a positive resist that is to be expected. 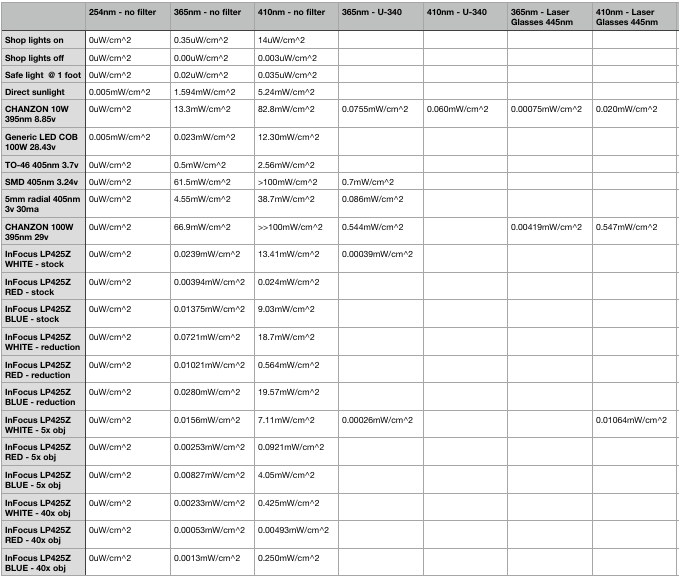 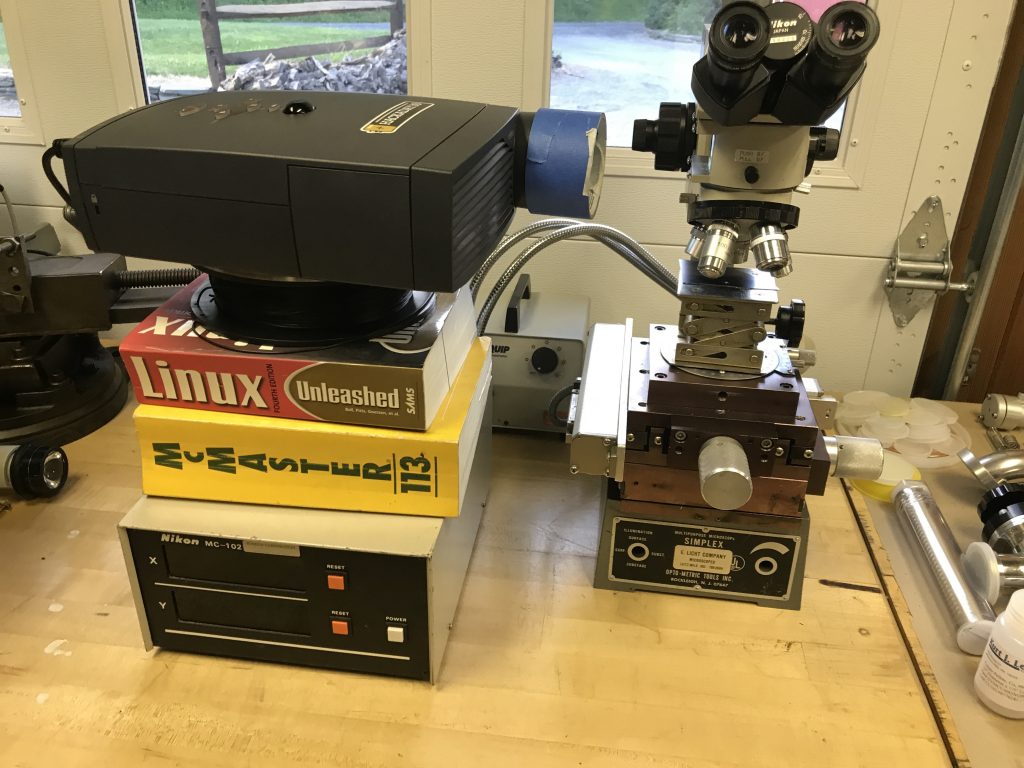